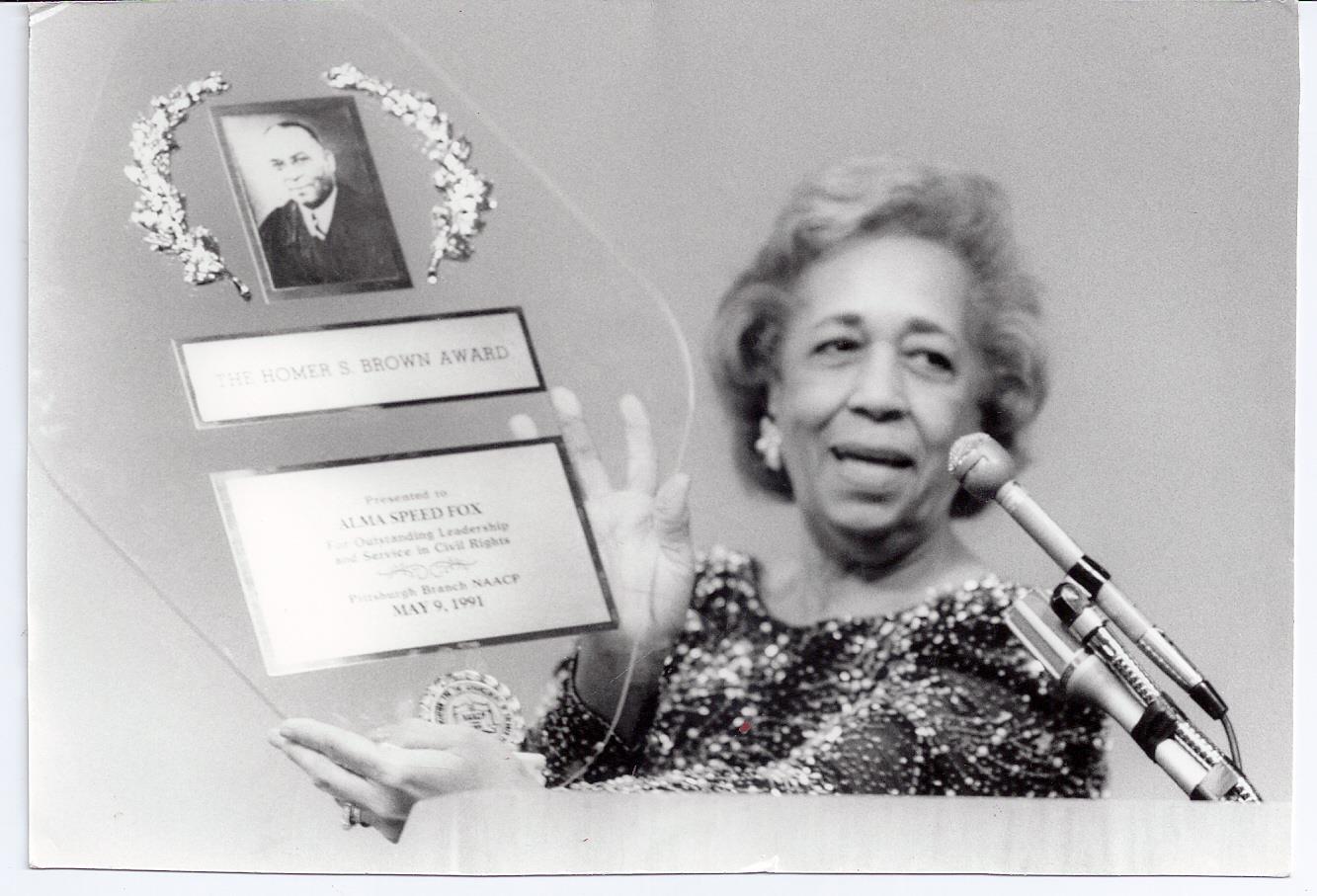 The Pittsburgh Post Gazette reported on January 25th that:

Alma Speed Fox, a Pittsburgh resident and longtime activist for human and civil rights, has died, according to a statement from her church. The Historic Church of the Holy Cross Episcopal in Homewood said Ms. Fox, 98, died Monday.

Ms. Fox, a former president of the NAACP’s Pittsburgh chapter and an activist for civil and human rights since the 1950s, moved to Pittsburgh in 1949 with her husband, Gerald Fox. Among the many roles Ms. Fox had in her life—she was the NAACP Pittsburgh chapter’s president from 1966-71—she also served for 30 years on the Pittsburgh Human Relations Commission.

The Pittsburgh Citizen Police Review Board is deeply saddened by the news of Alma’s passing but grateful for the legacy she left our city. Muriel Fox Alim, her daughter, told the Pittsburgh Tribune-Review that:

“Her legacy continues in so many different areas with so many people. It’s all about celebration. The impact that she’s made to advance things for so many people, there’s nothing but something to celebrate.” 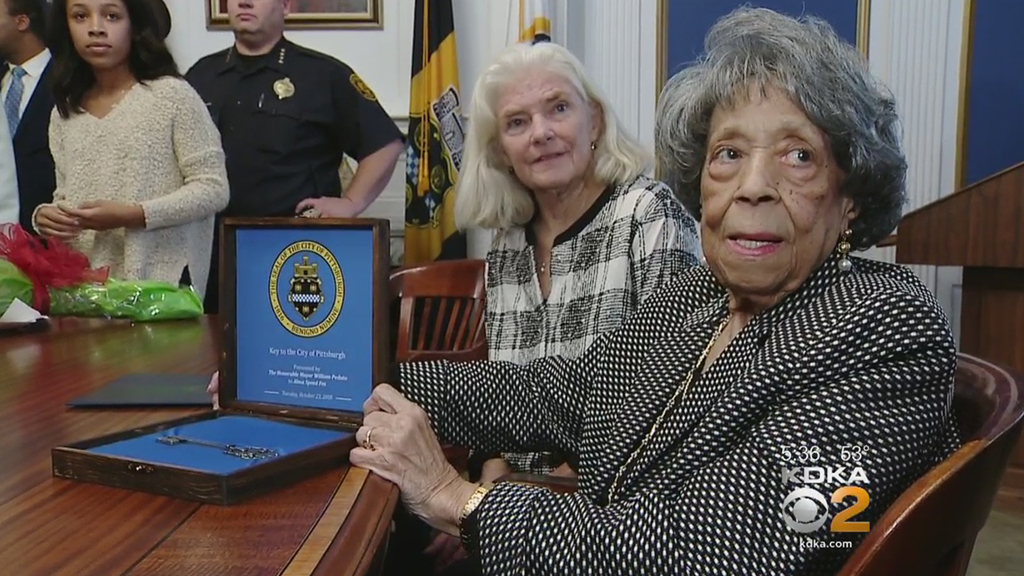 In October 2018, Alma Fox was awarded the Key to the City by then-mayor Bill Peduto. (Screenshot: KDKA)

CPRB Executive Director Elizabeth C. Pittinger remembered Alma Fox at the beginning of yesterday’s board meeting, crediting her as one of her mentors:

“Alma will never go away. Her immortality is embedded in our community—in what we can do now that we couldn’t do before Alma. Her wisdom is embedded in our worldview and guides our daily work toward equality and justice. She is always near. She’s beside us unseen—but never unheard. She is loved. She is missed. She is forever dear. She is resting in peace and power.” 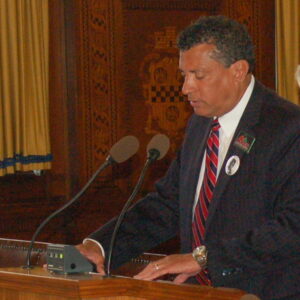 WTAE interviewed Tim Stevens, executive director of the Black Political Empowerment Project, who also cited Fox as his mentor, crediting her with following her into leadership with the NAACP:

An office building in the Hill District neighborhood is named after Fox, what Stevens calls a worthy and high honor.

“It’s called the Alma Speed Fox Building in the Hill District, at the corner of Wylie and Kirkpatrick, that houses two major civil rights organizations. That’s how much influence she had in the community,” Stevens said.