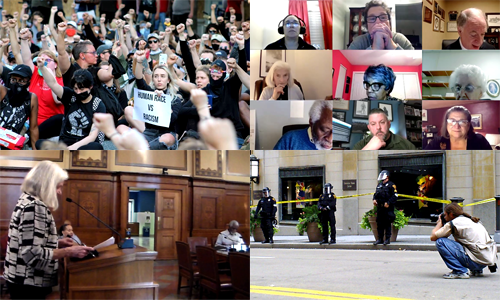 Home 9 About the CPRB 9 Introducing the CPRB 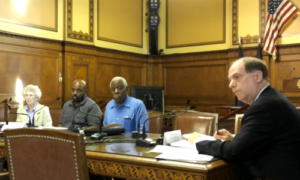 July 2017 meeting of the CPRB in City Council Chambers. CPRB’s meetings are filmed and archived on this site. (Video: Don Carpenter)

The Citizen Police Review Board (CPRB) is an independent agency set up to investigate citizen complaints about improper police conduct.  The CPRB was created by voter referendum, and its rules are governed by Title Six, Article VI of the City Code.

The CPRB is made up of seven unpaid board members appointed by City Council and the Mayor. Board members serve a four-year term.  While serving, they oversee all aspects of complaint handling:  from initial review to public hearings and meetings to recommendations, if applicable.

CPRB is a member of the National Association of Civilian Oversight of Law Enforcement, a non-profit organization that brings together individuals and agencies working to establish or improve oversight of police officers in the United States.