Home 9 About the CPRB 9 History of the CPRB

History of the CPRB

History of the CPRB 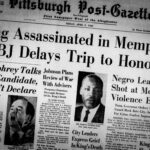 Sparked in the riots of the sixties and smoldering through the nineties, Pittsburgh endured tremendous social, economic, and cultural commotion. In 1976, a Home Rule form of government was adopted by the people; in the 1980s, the steel mills declined to extinction while the Renaissance campaigns sought to revitalize commerce; the population declined as the hard-working blue-collar workforce was displaced. Swirling from the ashes of social turbulence in the mid-nineties were indicators of seriously strained relations between citizens and their police. 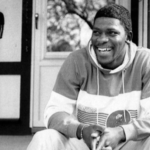 The Federal Government was empowered by the Violent Crime Control and Law Enforcement Act of 1994 (PL 103-322) to take civil action against government authorities that have demonstrated patterns and practices that deprive people of their constitutional rights. On April 6, 1995, Mr. Jerry Jackson was killed by Pittsburgh police officers. The same year saw the death of Mr. Jonny Gammage at the hands of Baldwin Borough police officers on October 12. In April 1996, the U.S. Department of Justice opened an investigation into the policies and practices of the Pittsburgh Bureau of Police.

1996: A Year of City Council Activism

Six police accountability and citizen protection-related bills passed through the City Council process. The sole piece of legislation that failed, Bill 1996-397 sought to amend the Pittsburgh Code by adding, “Civilian Police Review Board, setting forth its composition, providing it with broad powers to investigate and study police policies and behaviors, and establishing its functions, all subject to certain terms and conditions.” 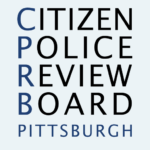 Following the defeat of City Council Bill 1996-397, Council considered legislation to let voters decide through referendum if a civilian review board should be created. A final vote was never taken. The stalemate on Council’s action to place the question before the voters motivated some Council members and hundreds of interested citizens to pursue a petition campaign. The Fraternal Order of Police (FOP), Ft. Pitt Lodge No. 1, filed a challenge to the validity of signatures on the petitions in the Court of Common Pleas. On 5/12/1997, the Commonwealth Court of Pennsylvania ordered the referendum proceed, which was successful, with 57.3% voting for the creation of a CPRB.

In a parallel and virtually simultaneous series of events, the U.S. Department of Justice scrutinized the conduct of the Pittsburgh Bureau of Police as a result of alleged patterns or practices of civil rights violations. On 4/16/1997, the City of Pittsburgh and the United States voluntarily entered into a consent decree for the purpose of avoiding litigation related to such allegations. The Board’s first official act was to appoint their Solicitor, Frederick W. Thieman, Esq., and they convened their first official business meeting on 12/01/1997. Following a public hearing, the Citizen Police Review Board Rules & Operating Procedures were adopted on 4/07/1998. Following an exhaustive search, the Executive Director was hired on 4/13/1998; office space was leased in May 1998 and support staff and Investigators hired, May through July 1998. Among the many critical tasks facing an emerging organization is the selection of personnel. The Members received hundreds of resumes and applications for the pivotal position of Executive Director. The City Code specifies that the Board’s office may not be located in any facility which houses any police offices. Accordingly, the Board located an office convenient to City offices, common bus routes, and parking facilities. On July 15, 1998, the office opened to transact public business. The Board’s first public hearing was held on 7/9/1999. The daughter of famed singer Tammy Wynette alleged that P.O. Vickie Mouser engaged in misconduct while engaging in a secondary-employment detail as a security officer at Presbyterian University Hospital. She was visiting her mother, Ms. Wynette, a patient in the hospital under an assumed named for privacy purposes.

Quorum and staggered expiration of board terms proved to be an organizational vulnerability that was exploited during the period of 1999 through 2005. 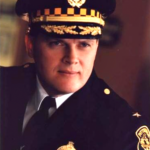 The tumultuous relationship between the Board and the City’s administration simmered as the Board re-organized its staff and established a calendar of public hearings. The FOP escalated its resistance to the CPRB and advised its members not to cooperate with CORB investigations or participate in public hearings. Despite this advice being contrary to the directives of the City Code, it was not countermanded by the City’s executive or police administration.