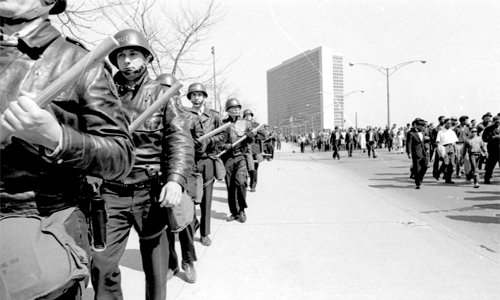 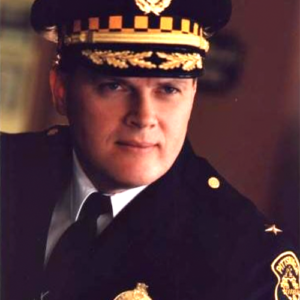 The tumultuous relationship between the Board and the City’s administration simmered as the Board re-organized its staff and established a calendar of public hearings. The FOP escalated its resistance to the CPRB and advised its members not to cooperate with CORB investigations or participate in public hearings. Despite this advice being contrary to the directives of the City Code, it was not countermanded by the City’s executive or police administration. Citing executive discretion, the Mayor and Chief refused to extend Garrity warnings to officers which would shield their CPRB participation from criminal incrimination.

In the course of receiving testimony, evidence and in the course of their deliberations, members became gravely concerned with the absence of the accused officers’ participation and entry on the records before them.

The Board considered the adverse and obstructive impact of the officers’ refusal to cooperate on the intended process, and on 11/13/2000, through its Solicitor, filed a Complaint in Mandamus, challenging the Mayor’s refusal to extend Garrity warnings to accused officers. (GD-00-018823)

The Mandamus action was denied 7/18/2002 though the Judge did validate the Board’s subpoena power. The Board appealed the decision dismissing the Mandamus complaint on 7/29/2002 to Commonwealth Court (1848 CD 2002).

This complaint was brought on behalf of a woman with severe cognitive and behavioral disturbances secondary to a traumatic brain injury inflicted in the course of a domestic violence incident. She was involuntarily committed to Pennsylvania’s mental health treatment system and was a long-term resident of a locked facility, the location of the incident giving rise to this complaint.

Following a significant change in the patient’s behavior and an increase in belligerence and assaultive behavior, the facility’s staff called for police to transport the patient to the hospital for an emergency mental health evaluation. A warrant for the involuntary hospitalization was properly issued prior to the officer’s dispatch to the scene. Upon arrival, Officer John O’Rourke confronted the patient who turned and hit the officer in the chest area. The officer arrested the patient and took her to the Allegheny County Jail instead of the hospital. Charges were dropped but almost a year later the officer re-filed aggravated assault charges against the patient and returned to her residential facility to serve notice.

The officer was summoned to the CPRB Pre-hearing Conference and Public Hearing. He declined to participate in either. The Executive Director filed a complaint (#353-00) alleging misconduct subsequent to the officer’s refusal to participate in the hearing on #429-00-Y. The Board directed the Solicitor to file a motion to enforce the subpoena against the officer. The Court issued the following order on 10/17/01:

“Ordered: Motion is granted. Further ordered that Officer John O’Rourke PBP No. 3516 shall appear at the public hearing on the date of its resumption be sworn to tell the truth under oath assume the witness stand and respond to questions on a question by question basis. Officer O’Rourke shall answer each question or if he refuses to answer any questions assert a valid legal basis for such refusal to answer the question. Failure to comply with this Order shall be punishable as a contempt on court. James J.”

In the course of this action, the officer offered an affidavit asserting that he was following the order of his superior officer,  advice of an Assistant City Solicitor and the FOP’s attorney  not to participate in any CPRB proceeding. He was faced with the dilemma of being insubordinate and facing discipline from his employer or violating the City Code as related to the CPRB proceedings. An article about the case in the Pittsburgh Post-Gazette of August 11, 2000. Pictured in the left frame, arresting officers Michael Banaszak, left, and Ray Rippole listen to others testify after concluding their own testimony at the coroner’s inquest yesterday. At right, Officer John O’Rourke, the driver of the police wagon, gives his testimony.

“The Panel finds that Officer John O’Rourke did not have a valid legal basis to refuse to be sworn take the stand and testify at the July 12, 2001 hearing in CPRB #429-00-Y to which he was subpoenaed to appear for the purpose of providing sworn testimony.

However, the Panel further finds that Officer O’Rourke’s actions were based upon his understanding of certain policies of the Pittsburgh Bureau of Police and advice communicated to him by or on behalf of the Attorney for the Fraternal Order of Police, Ft. Pitt Lodge #1, and an Assistant City Solicitor.  On October 17, 2001, certain legal issues related to Officer O’Rourke’s refusal to testify were litigated and resolved in the Allegheny County Court of Common Pleas, resulting in Officer O’Rourke’s presentation of evidence at the October 30, 2001 hearing on this matter.

Therefore, the Board finds that the facts alleged in this citizen complaint are true, but under the specific circumstances, do not constitute misconduct by Officer O’Rourke.”

In the original complaint (#429-00-Y), the Board found egregious misconduct and recommended that the officer be terminated. The Chief of Police replied that he would implement a modification of the Board’s recommendation and that an oral reprimand would be issued and the officer would receive anger management counseling.

On 9/05/01, the Board asked the Chief of Police to reconsider to which the Chief agreed to review the case. On 2/28/02, the Chief informed the Board that there would be no change in his original modification of the Board’s Recommendations. The facts stated by the Chief of Police in his reconsidered response were contradicted by documentary and testimonial evidence presented in the public hearing. The Chief’s response substantively altered the appearance of the officer’s conduct and one had to wonder if he was informed of the evidence that blatantly refuted the version offered by OMI and the officer.

The Board asked the Mayor to intercede and personally review the case. On 5/02/02, following an appeal from the officer’s personal attorney, the Board declined to withdraw their request of the Mayor. On 5/16/02, the Mayor informed the Board that the officer retired on a work related disability and that accordingly, there would be no further action taken on the matter.

The officer filed a civil suit against the City for a violation of his 1st amendment rights when the City ordered him not to speak in the course of the CPRB proceedings. The suit settled for $10,000 on 2/01/2005 (City Council Bill 2005-0982).

Since the court enforced the CPRB subpoena in this case, no officer has since refused to participate in CPRB proceedings.

In the course of the complainant’s criminal trial pursuant to this encounter, the defense lawyer subpoenaed information from the CPRB investigative file. The CPRB challenged the subpoena and sought to have it quashed. The trial judge dismissed the defense motion to enforce the subpoena, noting that the confidentiality of CPRB information and records is protected by law. (CP-02-CR-0017311-2000)

In the CPRB case, the Board sustained the complaint in its entirety and recommended that he officer be terminated for egregious misconduct. The Chief of Police informed the Board that discipline was initiated by the Bureau and the matter was scheduled for arbitration. The officer eventually left the Bureau of Police.

Perhaps the most enduring and conflict-ridden issue between the CPRB and the City of Pittsburgh is the CPRB’s right of access to information in the possession of the Bureau of Police and the Office of Municipal Investigations (OMI). While the authority to obtain material from these entities is granted by the City Code, City administrators remained resistant to CPRB’s efforts to acquire certain information through August 2004.

The complainant accused the subject officer of improperly searching the complainant’s vehicle. The impropriety stemmed from the lack of probable cause and the complainant’s refusal to give permission for the search to be conducted. A number of police officers witnessed this incident. The CPRB Investigator sought from OMI copies of the statements given by the police witnesses. OMI refused to provide the statements citing the status of the witnesses as police officers. In contrast, statements given by civilian witnesses were freely provided upon CPRB request. The CPRB Executive Director issued a subpoena for the statements on 12/10/2002. On 12/30/2002, the FOP and the City jointly filed a motion to quash the subpoena.

On 10/30/2003, the Court held the City in criminal contempt and fined the City $500.00; the Court also found the City in civil contempt of court and levied a penalty of $100.00/day for each day it was non-compliant to the Court Order to answer the CPRB subpoena. The order allowed for a thirty-day period in which an appeal to Commonwealth Court. If an appeal was filed, the civil penalty was suspended through the 5th day following a final order by the appellate court.

The City and the FOP filed an appeal with Commonwealth Court. On 7/09/2004, the Commonwealth Court remanded the case for settlement but retained jurisdiction over the matter and ordered a motion to discontinue the appeal or a status report be filed within 30 days of the Order remanding the case. On 8/12/2004, the parties agreed to and the trial court adopted by order, certain procedures for handling subpoenas issued to OMI by the CPRB. On 8/20/2004, the matter was discontinued in Commonwealth Court pursuant to the agreement reached by the parties and ordered by the trial court.